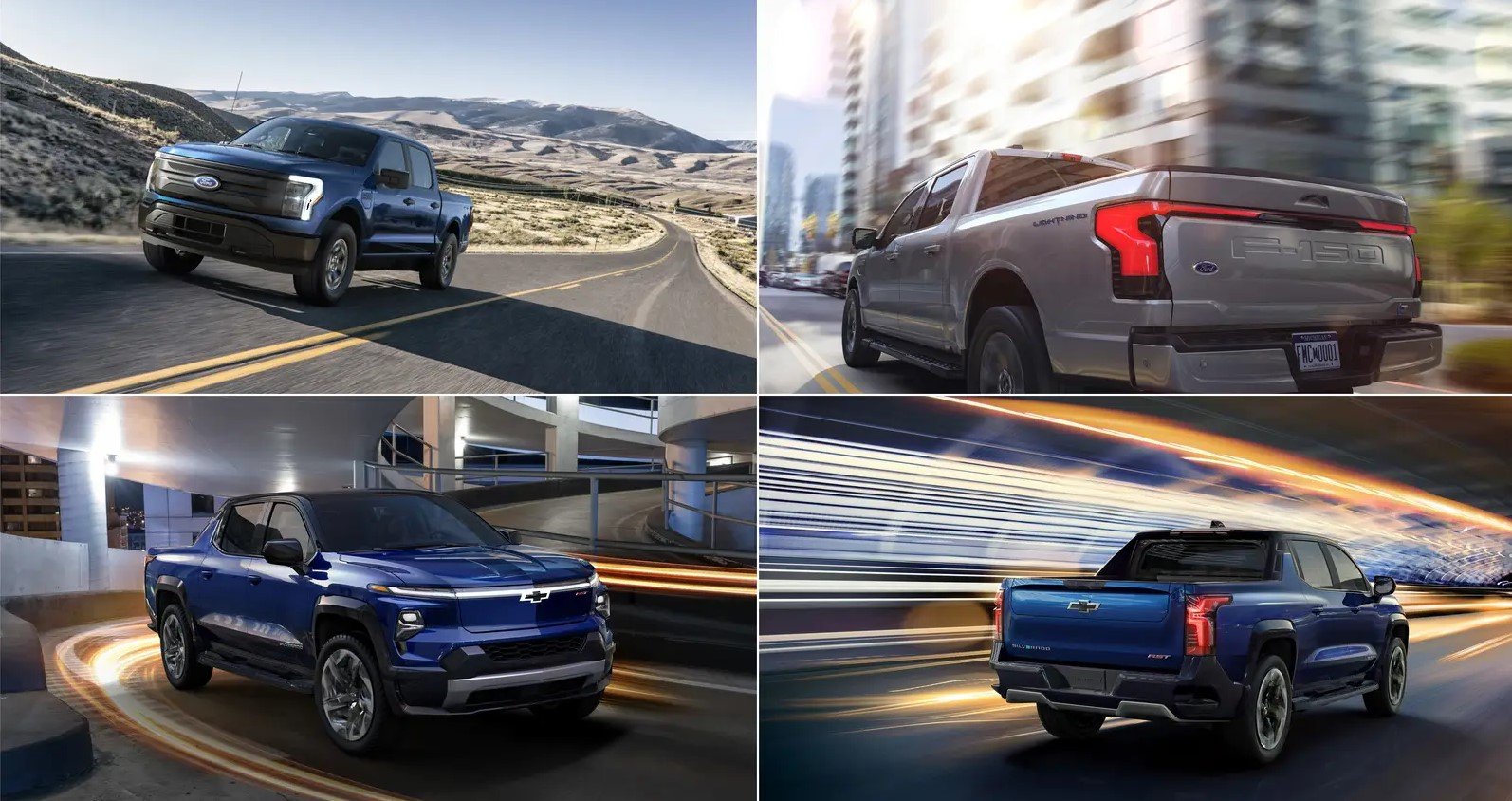 Back in May 2021 Ford revealed the highly anticipated electrified version of the top-selling F-150 pickup, the F-150 Lightning. It was only a matter of time until our rivals had an answer, and to start off 2022, GM announced its Silverado EV pickup for the 2024 model year. While we still don’t have all the information for the new Silverado, here’s what need to know right now about this age-old rivalry that has now shifted electric.

The Lightning is offered in three trims plus another work trim – XLT, Lariat, Platinum and Pro. Lightning is also only offered in the SuperCrew configuration with the standard 5.5-foot bed. Ford has stated that Lightning is pinned onto a high-strength steel frame and that the body and bed are composed of military-grade aluminum alloy. Lightning’s exterior design follows closely to the most recent 2021- generation of the F-150 – with some futuristic touches. Most notably, the headlights and taillights include the full-width LED strip and closed front grill that’s in line with other EV’s. It’s a subtle design change that lets people know it’s different while maintaining that classic, rugged F-150 design. XLT and Pro trims are equipped with 18-inch wheels, Lariat has 20-inch wheels, and the top dog Platinum trim comes with 22-inch wheels.

The Silverado EV does not share the same underpinnings as it’s gas-powered brothers. Instead, it’s based on a narrower version of the Ultium platform that also underpins the new Hummer EV. Regarding the Silverado’s exterior, GM have gone a different route than Ford in the sense that it really looks like a futuristic EV. This is subjective of course, and while it is an attractive bold design, it’s safe to assume that current truck owners want their EV truck to still resemble something they’re used to. Or do they? Time will tell. Chevy have also integrated the full-width LEDs and closed front grill in a sharp, narrow package. From the side, you’ll immediately notice the resemblance between the old Chevrolet Avalanche pickup from the early 2000’s. From launch, Silverado EV will be offered in two trims, the RST First Edition and WT. Crew Cab is the only body configuration available, and there’s no word on bed size and other trim offerings. 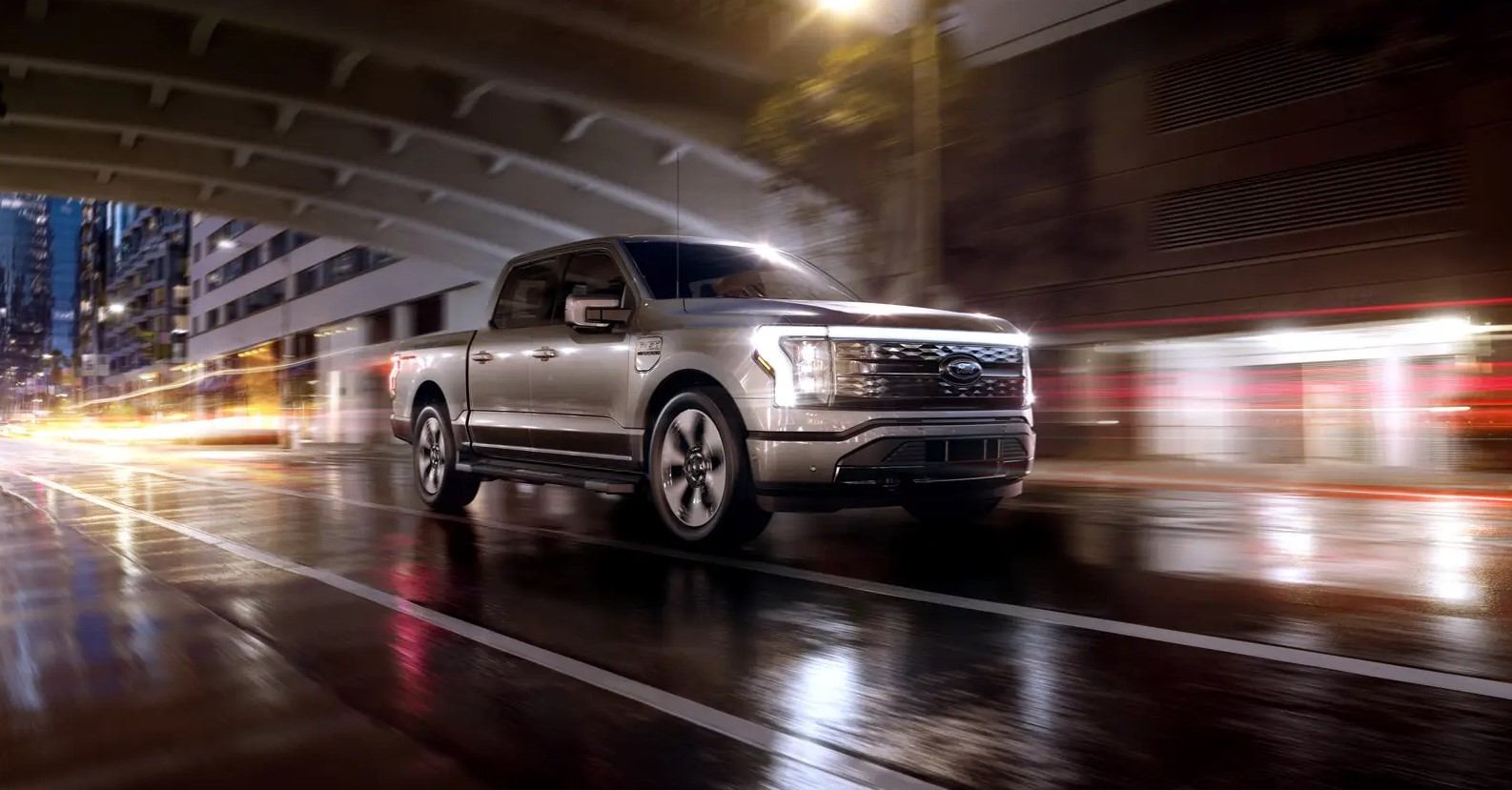 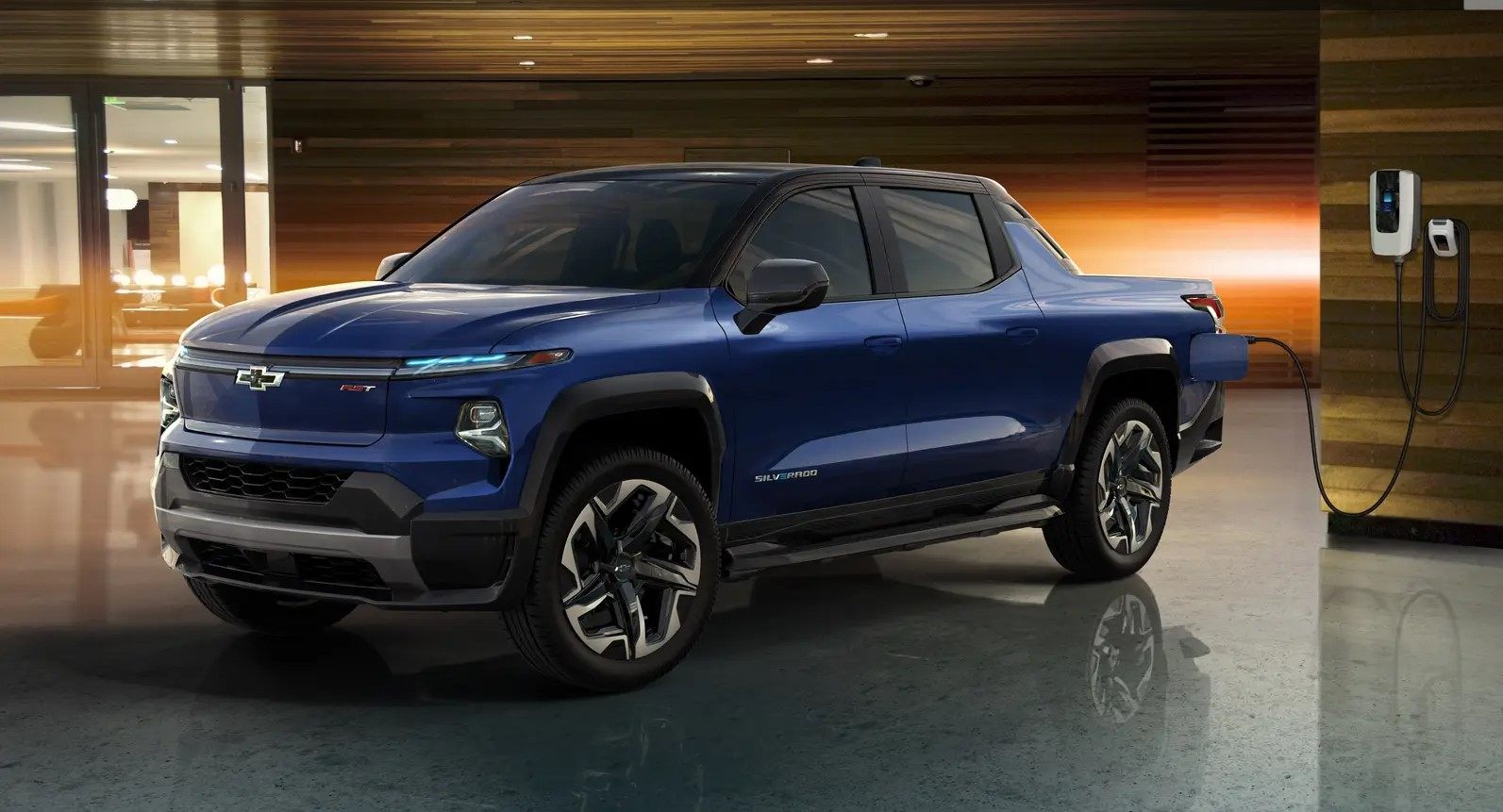 If you’re familiar with the 2021- F-150 models, you’ll feel right at home in Lightning’s interior. The most notable difference is the 15.5-inch vertical touchscreen on Lariat and Platinum trims while XLT and Pro receive a 12-inch productivity touchscreen that is seen as an option on the gas-powered F-150. In addition, you’ll get a 12-inch digital instrument cluster behind the steering wheel. Getting work done inside your truck has never been easier with Lightning with the Interior Work Surface that’s standard on all trims except Pro. Details of the interior on Silverado EV have been limited but we do know that the RST First Edition will come equipped with a 17-inch touchscreen, an 11-inch digital instrument cluster and a 14-inch heads up display – but there are no plans for an interior work surface. If you’re on your job site and are constantly getting things done inside your truck, the Lightning Pro trim with optional Work Surface would be your best bet. 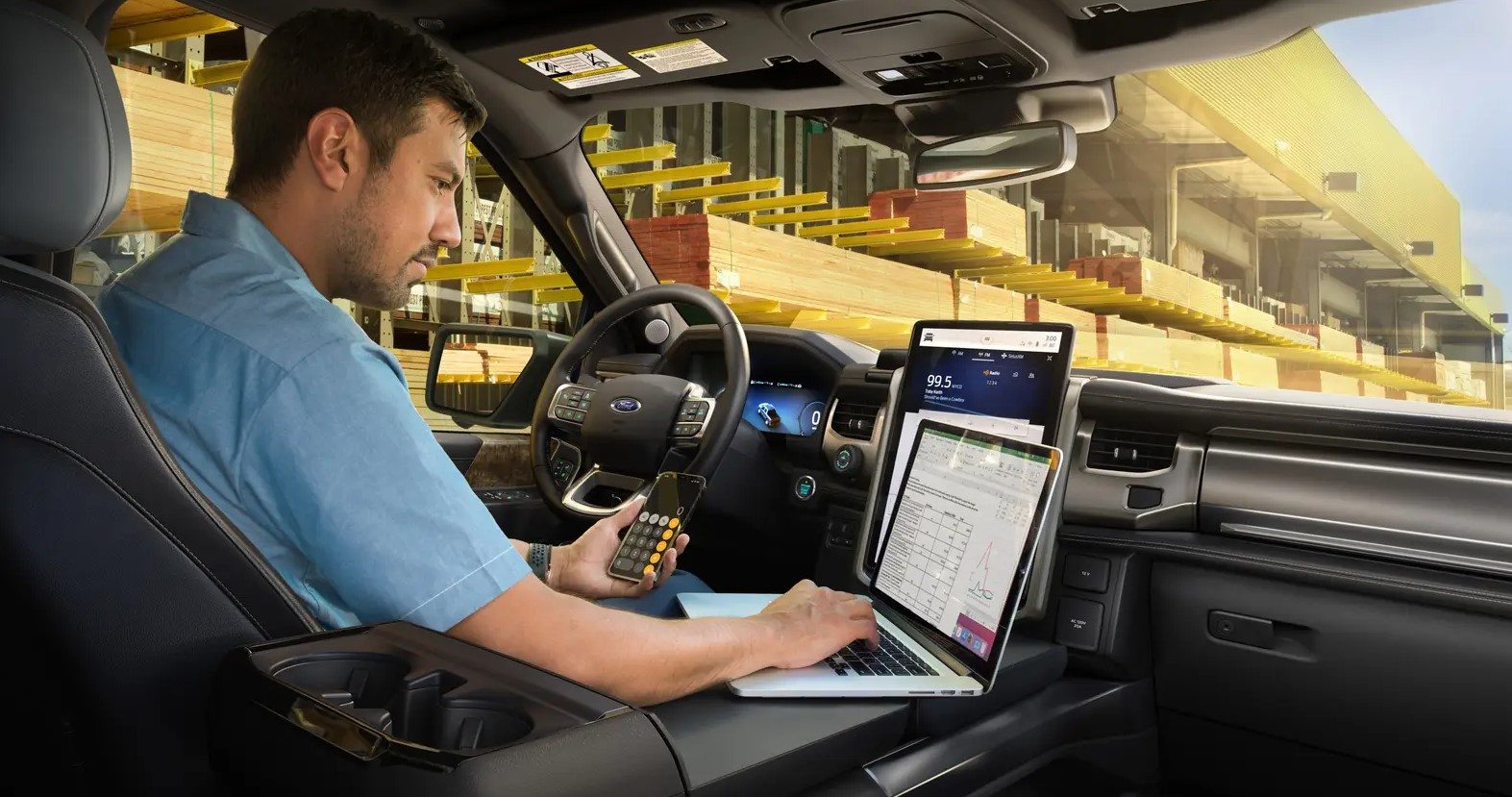 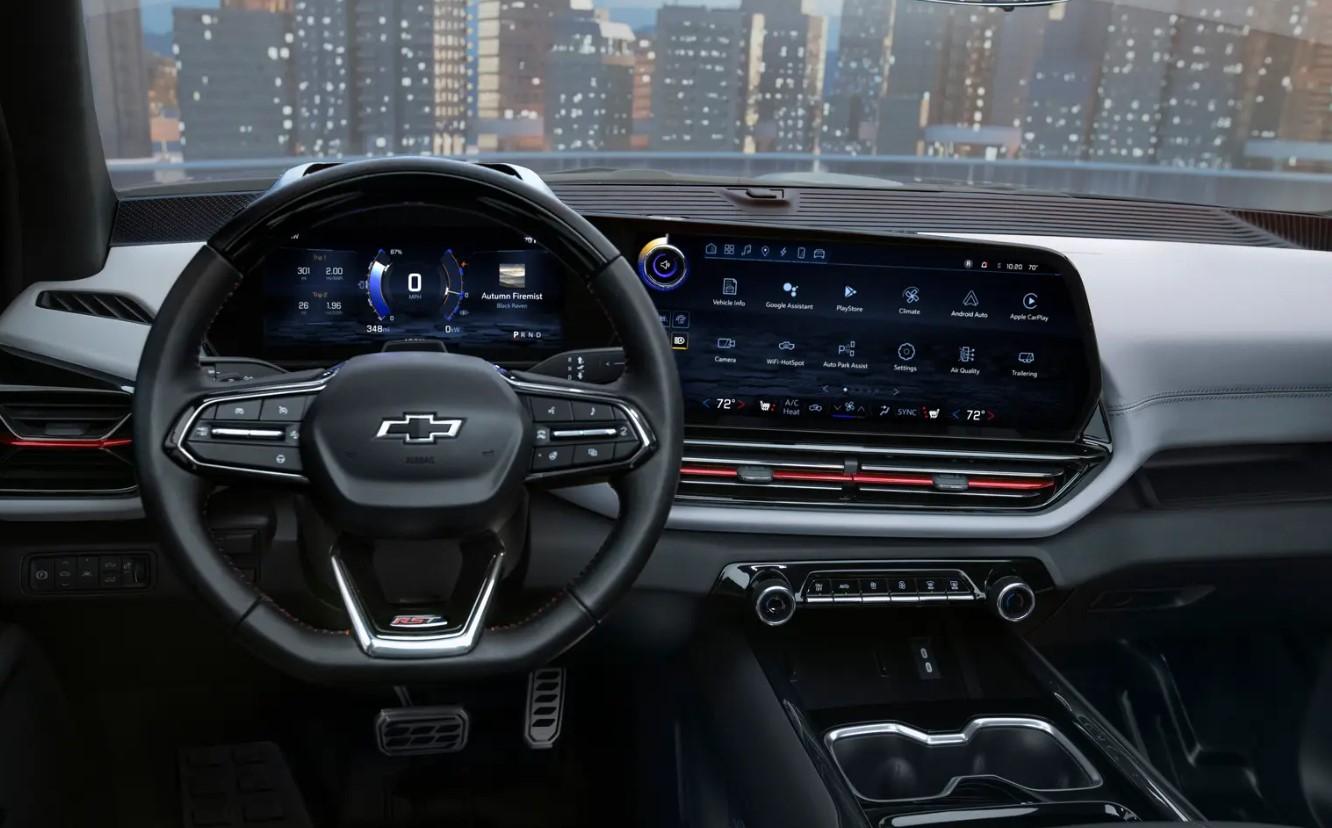 All trims on both the Lightning and Silverado EV will be powered by dual-electric motors. The F-150 will come with two battery options – Standard Range and Extended Range. Standard Range is standard on Pro, XLT and Lariat trims, while Extended Range is standard on Platinum, however Extended is an option on the other trims. Battery sizes are yet to be announced by Ford, but we’re expecting something along the lines of 120 kWh and 175 kWh for Standard and Extended respectively. Silverado EV was announced with a single battery pack, for now. Power for Standard on the Lightning is 426 horsepower and 775 lb-ft of torque and 230 miles (368km) of range, while Extended is rated at 563 horsepower and 775 lb-ft of torque and 300 miles (480km) of range. 0-100km/h times are expected in the mid 4-second range.

Charging times for the Lightning are as follows. Exact charging details for Silverado have not been announced.

The F-150 Lightning comes with the Pro Power Onboard as standard. You get a 2.4 kW Pro Power Onboard on the Pro and XLT trims, and a 9.6 kW capacity generator on the Lariat and Platinum. The smaller capacity onboard generator features eight 120V outlets – two in the cab, two in the bed, and four in the frunk. With the larger one, you get ten 120V outlets - and two in the cab, four in the bed, and four in the frunk, and a 240V outlet in the bed. The Silverado EV will be offered with a 10.2 kW PowerBase charging system onboard generator. It is said to be optional, but that could be on the lower trims. Expect the top trims to have it as standard. It will come with up to 10 outlets that can be used for the worksite or recreational needs. 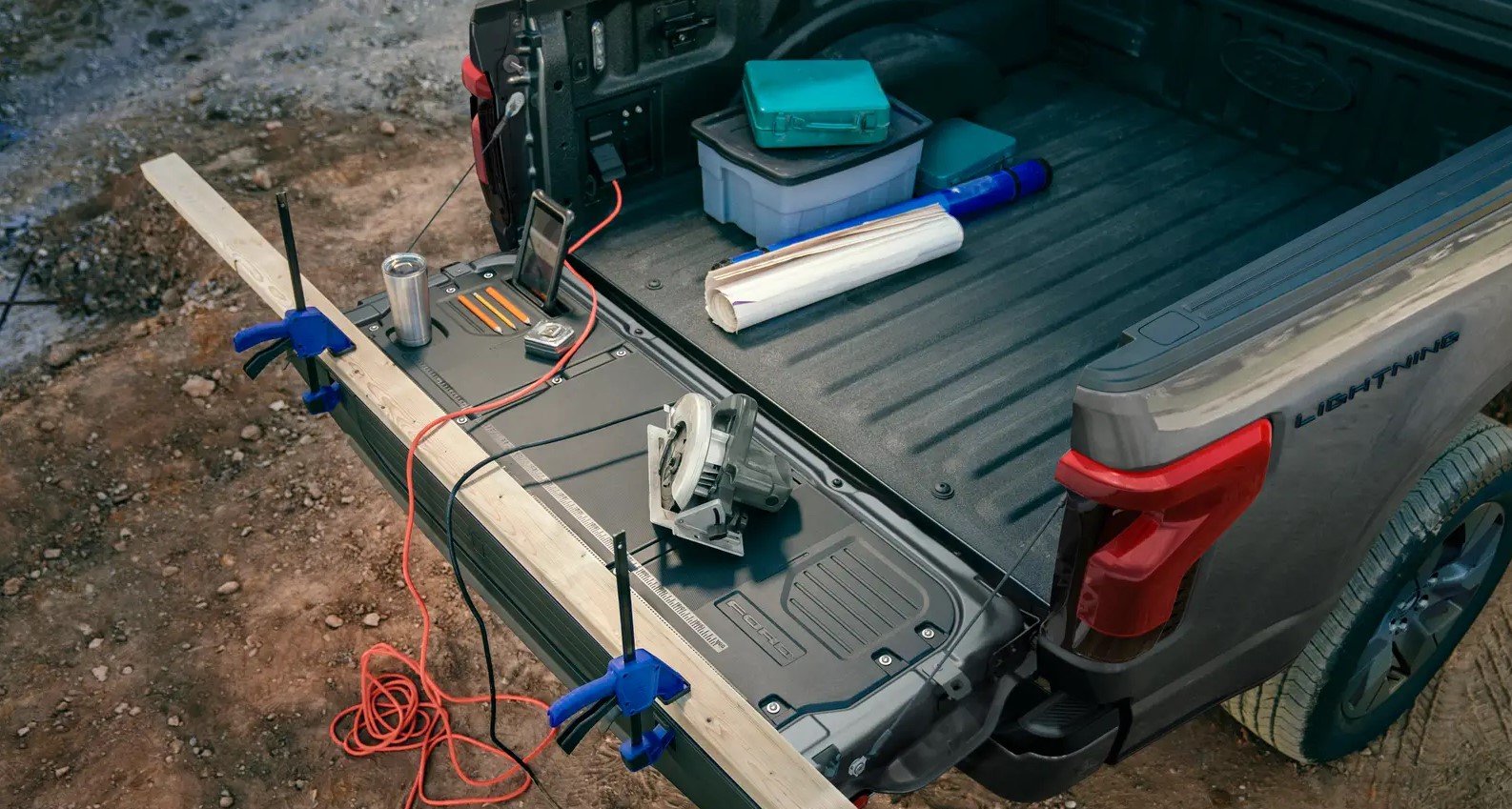 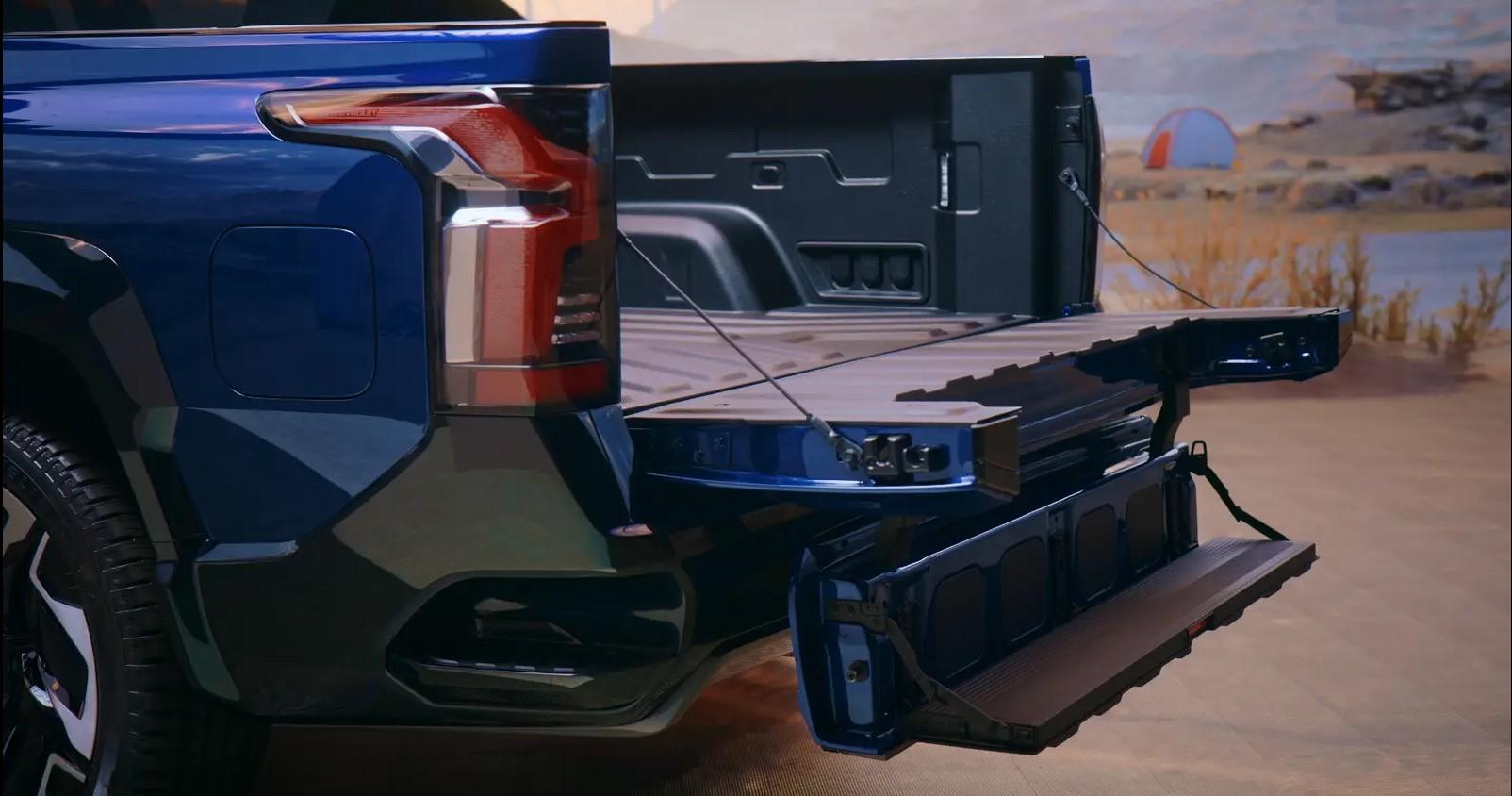 Ford just announced that they’re doubling Lightning production capacity to meet unprecedented demand. That just shows how serious the Ford Motor Company really is about fulfilling orders and getting Lightning into driveways as soon as possible. We’re excited to get more of the details on the Silverado EV as they emerge, but it won’t be available for another 2 years while Ford will be getting Lightning’s out the door by the Spring of 2022. Ford Motor Company is ready, and so are we here at Donnelly Ford. We know which EV pickup we would take in our driveway, and we hope this information helped you with your decision too. As always, thanks for reading.